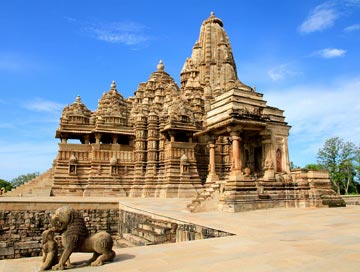 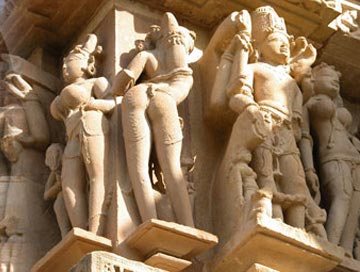 Among the many places that incite a lot of curiosity and excitement galore across the world, Khajuraho trip is one of the foremost. It is a historical place and at the same time, a window towards the way the ancient Indians thought about sex. It is not just about having sex, Khajuraho tours can make a person aware of the various ways of enjoyment and having fun while in the act of sex! Khajuraho tours can definitely be an eye opener for one who thinks that Indian society is conservative! Instead, it deeply underlines the fact that "Kama Sutra", or the rules of the act of sex, was born out of this ancient country with a lot of traditional, logic and rational approach towards the various facets of life!

One can go for Delhi to Khajuraho trip that also covers a few other special places like Jaipur and Agra. The combined Delhi-Agra-Khajuraho tour can not only save time and money, it can also ensure that one covers the maximum extent of Indian tradition, history and culture! Khajuraho tour packages being inclusive of air travel from nearby Delhi and Bhopal further add to curtailing time and increasing comfort of the travellers. One can go for Khajuraho temple tour that ideally takes two days. The temples are stretched from east to west in the region, divided into the eastern, central and western parts. There are great hotels for stay from Madhya Pradesh Tourism department as well as private and luxurious ones. But the best part is the food out here- a lot of Mediterranean, Italian, Spanish and Latin dishes are available besides Indian and continental ones. It is basically because a large number of tourists come every year from these parts of the world. Even the Khajuraho tour guide knows more than one foreign language besides English! For the best experience in Khajuraho, make sure you plan well with us!

The Khajuraho tour itinerary will cover reaching the place via air in the early morning of day one, checking into the hotels, having breakfast and heading towards the eastern temples. The evening can be spent in witnessing the cultural programs while the day two will be booked for the central and western temples of Khajuraho monuments. The Reniah Falls can be witnessed in the late afternoon of day one, if the travellers wish to.

Day 01 : Delhi to Agra
Arrive at Delhi and check in to the hotel for overnight stay and go around a bit.

Day 02 : Delhi to Agra
Go to Agra to first witness the famous TajMahal. The journey would be across the road. Besides the TajMahal, also see the Sikandra, the Agra Fort and the Itmad-ud-Daulah's Tomb. Check back into the hotel by evening.

Day 03 : Agra to Khajuraho
Leave for Khajuraho by road early in the morning. Check in to the hotel and stay there for the night. You can also enjoy the cultural programs held every evening in the cultural center, or can head away to the evening light and sound show.

Day 04 : Khajuraho visit
Go around in Khajuraho the whole day. Enjoy the eastern, western and central temples down the day. It will be tiring to cover the whole by walk but at the same time extremely exciting! You can hire guides with your own language too here!

Day 05 : Khajuraho to Delhi
We reach Delhi from Khajuraho by air. We check in to the hotel and freshen up, and get ready for the rest of the day's tour in Delhi. We see the Humayun's Tomb, the Isckon Temple, the QutbMinar, the Lotus Temple, and many other spots.

Day 06 : Delhi Visit and Departure
We go around to see more places of interest in Delhi like the Parliament House, the India Gate, the Red Fort, the JantarMantar, the Birla Temple and many others. We finish off by night and proceed back to our homes.

It was built by the Chandela Rajput Kings back in 10th. Century AD. There is hardly any documented proof of the exercise and architecture. Even the purpose of such intense depiction of human and animal sex is not fully known. A lot of Khajuraho temple history has been out of the verbal sources of nearby inhabitants.

Places to visit in Khajuraho Madhya Pradesh India
The Khajuraho Mandir extends from east to west. The Khajuraho-Lakshmana Temple is the one to start the tour from. It is an east-facing temple made in such a way that the first rays of the Sun touches the God's feet in the very early morning! Covering the whole of Khajuraho Temples will take at least two days. On the first day, one can cover the eastern ones that are built over well-spread areas. On day two, one can cover the central and western temples that lie close together. Among Khajuraho sightseeing are the museum, the cultural centre and the Reniah Falls about 30 km from Khajuraho.

Where is Khajuraho Temple in India?
It is situated in the heart of India in the northern district of Tikamgarh of the state of Madhya Pradesh. One can reach it via rail from Jhansi, followed by road travel of about two hours. One can also reach via road from Bhopal, the state capital. One can also fly in from Delhi and Bhopal in daily flights! 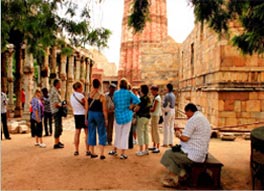 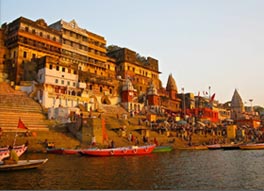 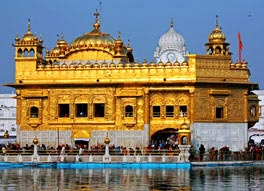 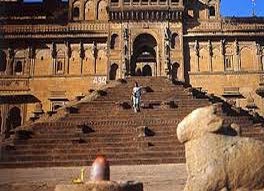 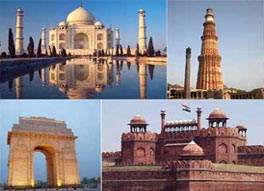 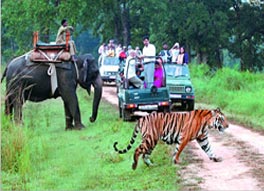 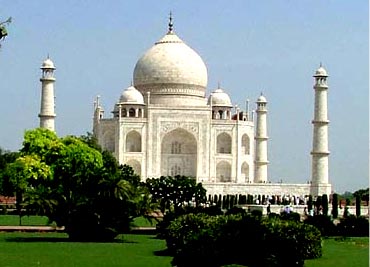