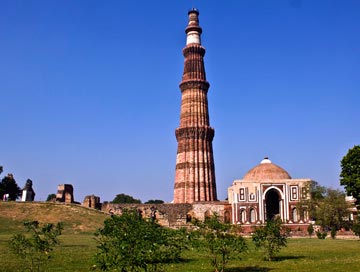 If anything is there in India that people cannot afford to miss, it is the Taj Mahal. That is why we have made it a point to offer you the best of Taj Mahal tour packages here.


Once the capital of the Mughal Empire in ancient India, Agra is famous for its mausoleum, the Taj Mahal. The trip of 3 days and 2 nights starts and ends in Delhi.

Deluxe Hotels (4*) to be Used/ Similar

Day 01 : Delhi
We start off from Delhi to Agra to visit the world famous Taj Mahal, but not on Day 1. We keep the surprise on for the next day! On day 1, we start off for Agra from Delhi that generally takes about 4-5 hours by road. The roads are good and in fact the time can be curtailed to just about two hours, but we will also arrange for some sightseeing for you on the traditional and old city of Delhi en route. Hence the extra time!

We visit the Red Fort in Old Delhi and the Humayun's Tomb and the QutbMinar in New Delhi before starting off for Agra. We reach Agra by afternoon and after lunch in our hotel where we check in, we also head for a short visit to the Agra Fort. It is one of the marvels of Mughal architecture that was built by the Emperor, Shah Jahan. On our way to Agra, we also drop in at Sikandra to visit the remains of The Mughal Fort out there too! We stay overnight in the hotel that also serves us the dinner.

Day 02: AGRA - The Taj Mahal
We have to rise very early this day as we want to witness the Sunrise along the Taj Mahal! It is a sight never to be forgotten for a lifetime! The Taj Mahal is considered the best monument of love ever constructed in the world. It was constructed by Shah Jahan for his second wife, Mumtaz, who died while giving birth to her child. The construction was started in 1631 and was completed by 1653. Almost 20000 workers contributed to its construction.

We come back to the hotel for breakfast and again visit back to the Taj Mahal, where we spend first half of the day. After lunch at our hotel, we go around seeing the local markets and buying goodies.

Day:03 AGRA – Delhi
We return back to Delhi from Agra down the day after the memorable trip. We leave our guests to the international airport after relaxing in our hotel for the time in between.


We receive the international tourists at the airport in Delhi, and head for Agra. The journey is of 4-5 hours by road. The road is an expressway and comfortable.

Agra homes three of UNESCO's World Heritage Sites, viz. the Taj Mahal, the Agra Fort and the FatehpurSikri. After arriving, we first visit the tomb of Akbar the Great at Sikandra. The mausoleum of the third Mughal Emperor is a great example of Mughal architecture. It has a perfect amalgamation of red stone, white marble and panel designs. After the visit, we drop into the hotel where we refresh ourselves up. .

The day is not yet over as we head towards the Agra Fort for the rest of the day. This is another of the marvels of the Mughal architecture. It was built in the 16th. Century A.D. and was actually the house of the Mughal Emperors as long as they had their capital at Agra. It also houses the Pearl Mosque, the Diwan-e-Aam, the Diwan-e-Khaas, Jahangir's Palace, Sheesh Mahal, etc. .

We then retire to any restaurant of your choice where you can choose the menu of your lunch. After that lies the greatest surprise of our visit- the Taj Mahal. This world famous mausoleum was built in memory of the second wife of Shah Jahan, Mumtaz, when she left the world while giving birth to her last child. In deep trauma and heartache, Shah Jahan went on to construct the Taj Mahal in her memory over a period of 20 years, starting from 1631 A.D. and ending in 1653 A.D. about 20,000 workers put in their efforts over this period of time to present us the Taj Mahal- one of the greatest signs of love ever converted into a piece of architecture! .

After the memorable visit, we retire back to our luxurious hotel. Here, we also have a great meal for dinner!

Day: 02 Agra - Delhi (210 Km 4 Hrs) – (Flight)
After having breakfast at our hotel, we leave for FatehpurSikri- the City of Victory! It was the Mughal capital for some time and embeds a unique blend of Mughal, Hindu and Jain architecture inside! The BulandDarwaja, Jama Masjid, the Tomb of Salim Chisti, Paanch Mahal, NahabatKhaana and many other historical places are situated in here! We move on after the visit and after having lunch to Delhi. Our representative leaves you to the international airport for returning back home.

In one day visits, there remain a few worries for the travellers. One is to have facilities for clean toilets for refreshing up and changing. It seems difficult to get good hotels on the sway, but thanks to the several expressways, there are nowadays many hotels in Agra, around Taj Mahal as well as on the way to and fro so that one can drop in for a few hours of rest. The best part is that some of the Taj Mahal same day tour agents have predetermined understanding with several hotels for midway stop and stay, at no extra cost, which is one of the benefits of same day trip taj mahal programs.

Those who are fortunate enough to come over to Delhi for a weekend, or those who have planned it in such a way to make Taj Mahal weekend tours, things work out to be even more easy. For such packages, there are a plenty of places for good accommodation. There can be great places for dinner and even for evening cultural programs. Taj Mahal tour from Delhi is the most convenient way to reach there and so, almost all such programs are centred on the capital. The best part about them is that all of these tours that you get here are the safest and the cheapest.

History of The Taj Mahal Agra

The Taj Mahal, one of the Seven Wonders of the World, is undoubtedly the place in India that most of the foreign tourists want to visit. It is the most popular white marble mausoleum in the world, and its popularity is as much for the architecture as it is for the history associated with it. It was built in the memory of Mumtaz Mahal, the third wife of the Mughal Emperor of Delhi, Shah Jahan. The emperor had earned great name as an administrator and a conqueror, but was deeply heart broken when his third wife passed away after giving birth to their 14th. child. The grief stricken emperor started the building of the Taj Mahal in memory of his third wife in 1632. By 1648, the principal mausoleum was in place, and the exteriors and gardens were completed by 1653. It is said that the hands of all workers who built the mausoleum were later cut away so that there is no chance of making a second to this great marvel! Taj Mahal Tour Packages

Several tourists plan there India holidays keeping in mind Taj Mahal tour packages. For many of them, it is a long awaited dream come true! Even people passing by the country with a one day halt in New Delhi make sure they can make a Taj Mahal tour in one day!

In fact, there are plenty of tours and travel agencies working on Taj Mahal same day tour packages. It is about a few hours' drive from the country's capital and by now, some great expressways are in place so that one can make a to and fro visit the same day. ! 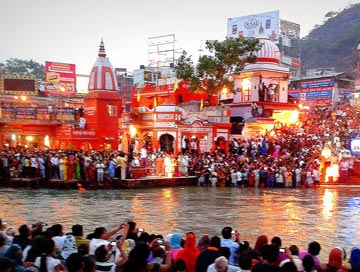